I love animals! Personally, I have a dog – little black toy poodle, named Mickey. And yes – if you guessed it – he is named after Mickey Mouse (but that’s another story) Mickey is now almost 13 years old, but acts like a puppy and it is true what they say about poodles: they are very smart and will quickly learn how to get you do exactly what they want you to do.

Mickey was a gift to me from my husband David – I used to have a cat named Cookie who quite unexpectedly had to be put to sleep because of kidney illness. I was more than upset by this – didn’t realize until then just how hard it was to give up an animal that was around for 16 years. David called his friend who was breeding poodles and we couldn’t believe what he told us. The day Cookie was put to sleep, one lonely little puppy was born to a poodle named Cuddles who wasn’t going to be bred anymore. To make it even more interesting, this little puppy had exactly same colourings as one David got for his mom from the same breeder 5 years earlier! They named that one Cuddles after her mother and unfortunately, this Cuddles passed away just a few weeks ago.

So we went to visit David’s friend 3 weeks later and there was no way I was going to go home without this tiny, tiny creature who has just started walking that day! He was so little, he sat comfortably in my pocket! He has been with us ever since and without a doubt is the best ever dog you could have around. And I did say he was smart- to give you an example – I thought him a grand total of 4 tricks: sit pretty, lay down, speak and dance. To get a treat, I would ask him to do his tricks in random order. Didn’t take him long to figure out how to get his treat faster – one day, I pulled out his treat form the back, he quickly ran up to me, sat down, then immediately laid all the way down, then barked and then he spun around few times. Ended it with sitting down with head to the side, looking at me as if to say : “there you go – now hand it over!”

I will have more stories and more pictures about my best buddy – and I would love to hear other stories about your pets – if you have a poodle as well – please confirm that they are the smartest and best ones! 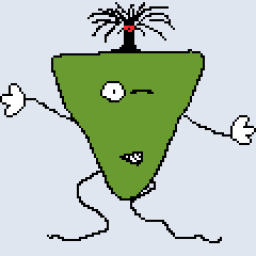