The Trials and Tribulations of Breast Feeding

If you’re breast feeding your child

, I think you’ll agree when I say this has to be one of the hardest things about being a new mom.

When Jaxson was a newborn I remember the only thing I really found difficult about caring for him, besides the major sleep deprivation, was trying to breast feed him. The challenges never seemed to end.
At the very beginning it was a challenge because all he seemed to do was eat, and for hours on end, because my milk hadn’t come in. And it didn’t come in for almost two weeks!

Once that problem was solved I had an issue with how much milk I was producing – not enough. I’ve never experienced the let-down sensation or ever had a problem with leaking or having to pump if I’ve gone too long between feedings.
Before you break out the jealousy cries, I have to say I’d rather have to wear pads in my bra than have a non-stop screaming baby because I can’t feed him enough. It was tough.
To fix this problem my doctor prescribed Domperidone to increase my milk supply.

So, by the time I got a regular schedule worked out, and I was producing enough milk, my boy was growing so healthily and quickly that he just needed more milk than I could give him by the end of the day. (I didn’t even have enough milk to pump during the day to give him that instead of formula)

This started the supplementing with formula stage, which quickly began a long weaning process.
I started my weaning by replacing Jaxson’s last nursed feeding with an 8 ounce bottle of formula. This quickly became his last two feedings when my milk supply dropped off considerably by the end of the day.

As of now I nurse him for his first two to three feedings of the day and the rest (3-4 feedings) are formula.
He’s almost 6 months old now, and I had planned on stopping the nursing by about now anyhow, but I’m getting a little emotional about it as I love our first thing in the morning cuddles in bed while I feed him. For all the trouble breast feeding has seemed to be, that I will definitely miss! 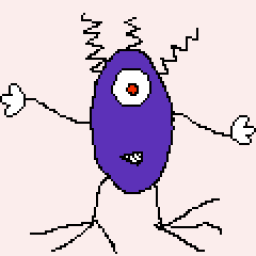 Nicole Nedelko is a happy if not frazzled mother. She spends her days raising her 4 children, writing about her experiences as a first time mother and raising her other "child" Dan. She lives in beautiful Cambridge, Ontario and writes about being a woman, mom, and wife.